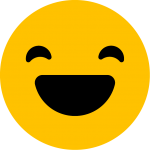 Happyforce surfaces the reality of your company, area or department as it is. It tells you how your teams are living the day-to-day and how they perceive the decisions you take.

“Reality” implies everything: both the good things and the bad things. And it comes true that humans –and managers in particular– have great difficulties to process bad feedback. To illustrate this, let me recall a story we recently lived in Happyforce:

A client of us was troubled about the comments she was reading in Happyforce, she called me and said, “Alex, people are only sharing bad comments in Happyforce and this is having a negative effect in the whole team.”

I was following up this account personally and I didn’t have the same feeling, so I dumped the last 3 months of comments, read and classified all of them, one by one, no artificial intelligence this time.

It was a 300 people area from a large retail company, so it took me a while to read over a thousand comments. I couldn’t believe what I was seeing, what that manager was reporting as “only sharing bad comments” it turned to be:

600 positive comments, 9 negative comments and the manager was stating that “everybody was sharing bad comments”

When I had the chance to review the detailed report with her I realized what was the real problem, psychologists called it Cognitive Distortion.

At this point, you may think that you’re different, that you’re rational enough at work to avoid this kind of misinterpretations. Science has bad news for you: our brain processes bad feedback like if were a death threat.

The Reptile Brain: your friend in the wild, your foe in the workplace

The Triune Brain is the most extended model to understand how our brain has evolved and some of our basic behaviours.

When it comes to the way we process feedback it’s important to understand that every single stimulus we receive is processed in first place by our reptilian brain. This brain has an instant response classifying everything into three categories: threat, food or something to ignore.

This way of working of the reptilian brain turns it into an indispensable tool to keep us alive in the wild but a terrible bad tool for the workplace where social abilities and cognitive skills are the ones that make the difference.

The reason why our croc brain is tagging bad feedback as a threat is that we haven’t been trained to process bad feedback.

Since the kindergarten, we’ve been taught to behave in order to avoid being reprimanded. This wires in our brain that reprimand is bad, bad is dangerous and we have to avoid it. This is the reason we turn our backs on negative feedback, the reason

If you want to improve, to get better at what you do, to take your team and your organization to the next level you don’t want to avoid feedback, especially negative feedback which is the most powerful source of improvement.

How to get it right. Fighting your croc brain

There are two things you should do to stop your reptilian brain from spoiling your improvement: being brave and use your neocortex, your rational brain.

If we only had listened to our reptilian brains we would be still living inside caves. Being courageous made us control fire, explore new lands, flight to the moon…

Being honest and courageous will grant your team’s respect and will improve the behaviour dynamics among them.

Always go with the choice that scares you the most, because that’s the one that is going to make you grow

Use your neocortex. In data we trust

Being brave is the first step to get out the cave, but you need tools to survive out there. The best tool we have as humans is our neocortex, the outer layer of the brain. Our neocortex is great at processing data, abstraction and planning.

In order to make the neocortex work, you have to feed it with trustable data, that way you can fight with the perceptions our croc brain builds upon things that scare us.

At Happyforce we process qualitative data employees share through the app and turn it into reports that your neocortex can easily process to identify improvement opportunities.

For instance, we observe users individual behaviour and classify them regarding their attitudes towards the organization:

Observing this data helps us to understand the feedback we receive in a more objective way and fight back the fears our croc brain generates.

In order to build this attitudes map we’re working together with one of the most experienced firms in Spain: e-Motiva (thanks guys!), I will cover this in detail soon. Stay tuned! 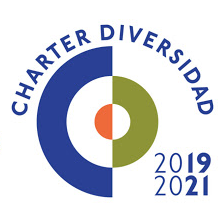